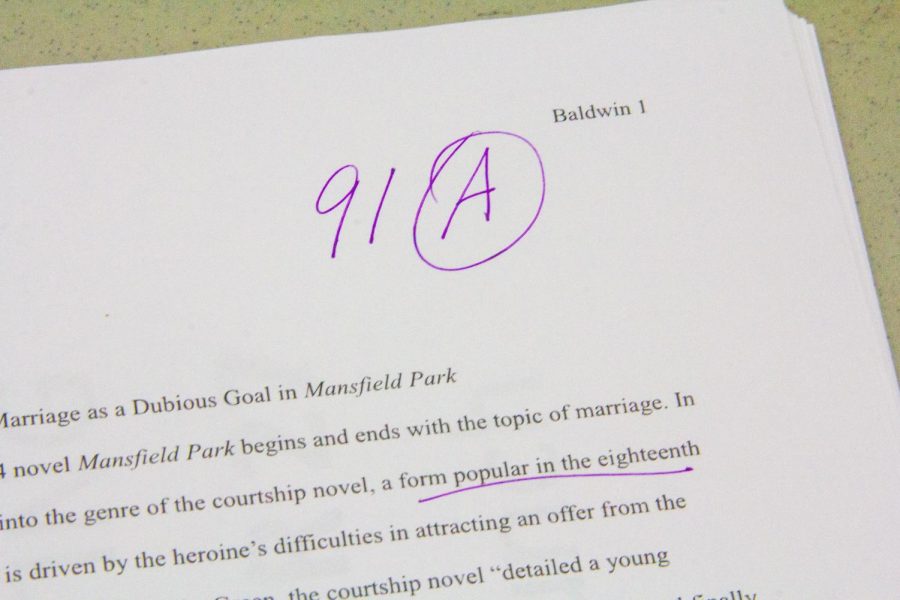 This summer, the school made a drastic change to its grading scale. The Board of Directors approved a modification to the scale that had been in place for many years, and it agreed to begin weighting honors classes.  Under the previous grading scale, each grade level had a numerical range of between six to eight points, and a 70 was the lowest possible passing grade. The new scale has a more consistent 10 point range for most grade levels.  The range for a D is only five points, with the lowest passing grade now being a 65.  Fredrick Douglas High School recently changed its grading scale to one similar to this new as well.

Students who take honors classes will now receive a weighted grade point score for their grade in those classes. Up until this year, only AP classes were weighted, where each grade level received one extra point when calculating grade point averages. Now, grades in honors classes will receive an extra half point when calculating grade point averages.  So a student who makes an A in a regular course will receive 4 points; one who makes an A in an honors course will receive 4.5 points, and one who makes an A in an AP course will receive 5 points when calculating the GPA.  These changes to the weighting system will be retroactive, which means that the school will go back and adjust grade point averages to reflect the extra weighting for grades in honors classes that students took in previous years.  This will only apply to classes that a student took in the high school.  The grading scale changes are not retroactive. If a student received a 91 in a class in a previous year, it will not be changed from a B to an A.

Senior and Student Body President Cate Crosbie played a role in bringing about this change as Mr. Sisk appointed her as a student representative to the committee that reviewed the grading scale issue and made a recommendation to the Education Committee.  This issue was so important to Cate that she made it part of her campaign for president last year. She felt such a need to bring this change to the school because, “The way the old grading scale was modeled put our students at a disadvantage compared to other high schoolers around the nation. Grades don’t only affect GPA; they affect scholarships, KEES money, and acceptance into certain institutions. I felt like as a student it was my job to advocate for change in the school for my peers. This wasn’t an issue of making things easier, it was the solution to making things fair.”

This ‘solution to making things fair’ has left students with many questions and opinions. Junior Ben Philpot believes the grading scale brought a good change, claiming that it will be “much easier for the students to obtain better grades.” This new grading scale was put in place for LCA at the beginning of the Fall 2018 semester.