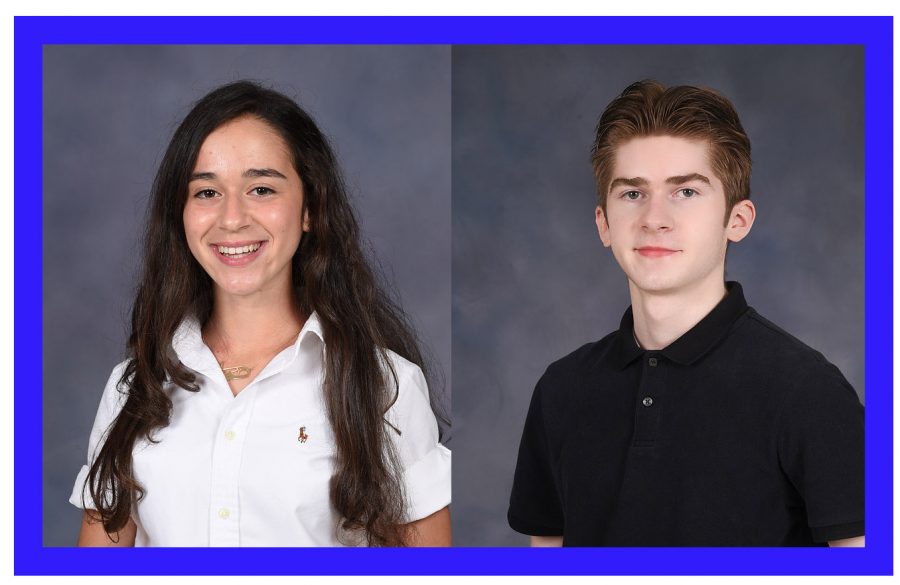 In mid-September, Seniors Logan Beck and Tia Alchureiqi were named National Merit Semifinalists. Officials of the National Merit Scholarship Corporation announced the names of 16,000 semifinalists across the country, and these two earned the prestigious honor of being included. With this selection, they are in the running for the 7,600 national merit scholarships that will be offered next spring.

Logan and Tia are both overachievers in the classroom. Tia is the high school chaplain, and shares her faith and love for her fellow students every morning on the announcements. She is involved in various clubs, and exemplifies what it is like to be a driven student with big plans for the future. Logan embodies this as well. He pushes himself in the classroom, takes very challenging classes, and has big visions for his after high school endeavors. Senior Luke Tipton stated that “Logan is a smart cookie, and I am not surprised that he would receive such an award.” Logan articulated that “It is a great honor, and I am very blessed to be selected.”

LCA senior Milo Golding was also selected for the College Board National African American Recognition Program. Milo earned this recognition because of his remarkable academic achievements and outstanding performance on the PSAT and AP exams. As a recipient, the College Board will highlight his achievement to more than 1,500 colleges. Milo has always been a leader in this school, and received a great deal of recognition for winning the national doodle for google competition. His drawing titled “finding hope”, which he drew to honor his late father, bested the other nominees from across the country. Milo plans to enter the field of medicine, and in an interview he said “Ever since my father passed away, I’ve felt like going into medicine was a great way to help people, to help my patients not have to go through what I went through”.