Eagles Face Tough Loss in the All A 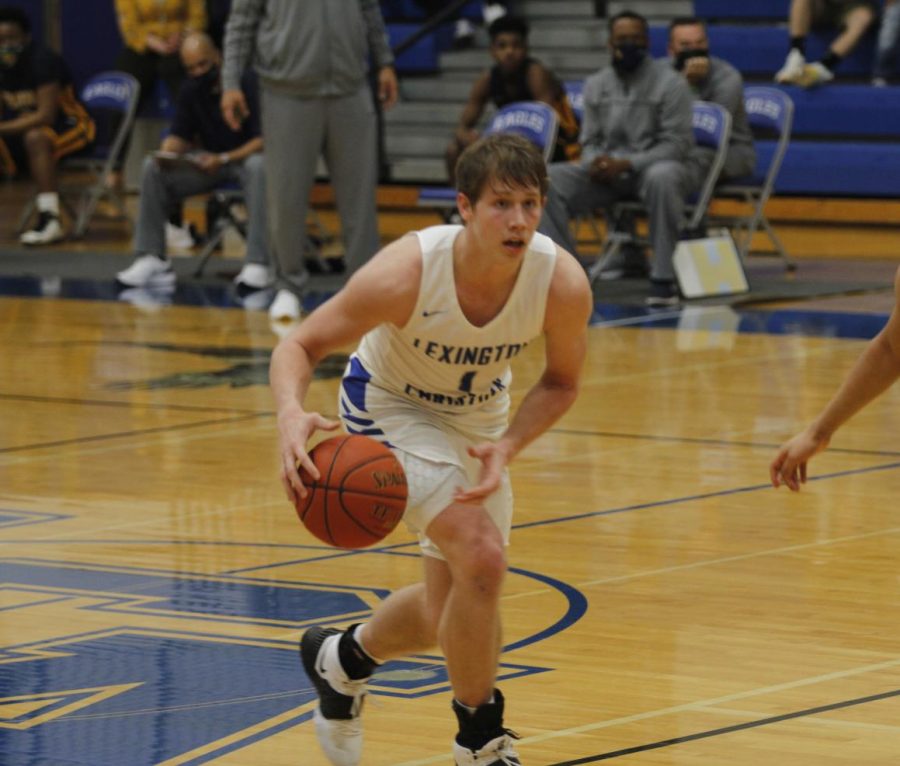 Tanner Walton, 11, brings the ball down the court.

The Kentucky All A Tournament is a tournament for all of the smaller schools in the state. LCA with its relatively small student population, compared to other public schools in the city, competes every year. After winning the 11th region in a game against the Sayre Spartans LCA continued its run on February 25th, 2021. The Eagles punched their ticket in a 54-36 win against Sayre. The Eagles played their first game since the 11th region championship against Harlan. They won the game with a final score of 61-48. LCA then moved on to a matchup against the Pikeville Panthers. Much like the football game earlier in the year, the Eagles went on to win significantly with a final score of 53-42. The boys then moved in to the final four of the tournament and were turning heads with their impressive play. They played Saint Henry out of Erlanger, Kentucky. Saint Henry is a solid basketball team who last year beat highly touted Lexington Catholic High School, who has been a solid team through the play of Mr. Basketball candidate Ben Johnson. St. Henry lost in a close rematch to the Lexington Catholic Knights and would not let another Lexington team beat them on their journey to an All A Championship. The Eagles lost to the Crusaders in a 72-49 loss. After a great All A run the Eagles looked to make a nice run in the district championship. The Eagles sat at 4th in the district right above the Tates Creek Commodores. Senior guard Nathan Hall said, “I was disappointed we could bring another All A Championship back to the school but St. Henry is a very solid team. I hope we can make a great run in districts soon.” The Eagles would likely play Tates Creek in districts after a tough loss to them earlier in the season.