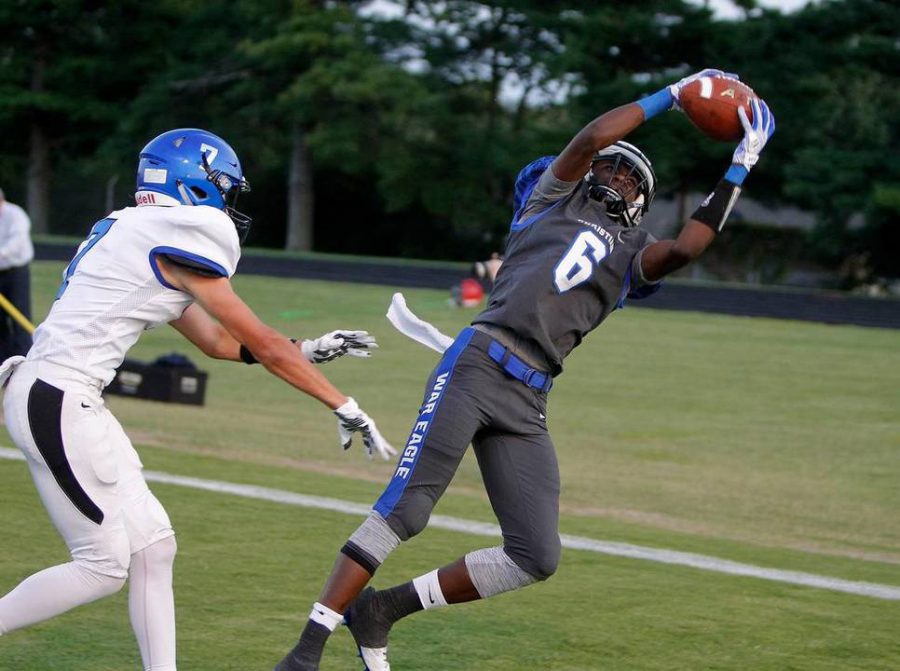 DeAirious Smith, 12, had an impressive senior season. He will continue playing football next year at Eastern Illinois University.

DeAirious “Dee” Smith, 12, holds the record or the most receiving yards in school history and he finished the 2019 season number 2 in the state for receiving yards. At the end of his senior season, he had seven offers to play football in college.  One of those offers would have kept him in Lexington as a preferred walk-on at the University of Kentucky. He recently announced that he has made the decision to play for Eastern Illinois University (EIU). He made the decision after going on an official visit to the school and meeting the coaches, players, and trainers. “When I went there on my official visit, it was like a family and that is all I’ve ever wanted in a team. I am glad to be a Panther,” Dee explained.

Dee credits all of his success on and off the field to his mother Chystal Newton and his stepdad Gerald Newton. He also credits God for giving him his athletic abilities and love for the game of football. After committing to EIU, Doug Charles, the LCA head football coach, tweeted his support. “Happy for our guy Dee Smith! EIU is getting a great man on and off the field,” he wrote. Teammate Elijah Hammond, 10, agrees. “Dee was a hard worker. He always came to practice with a good attitude and it turned out good for him.”

Dee will make his formal commitment to EIU when he signs on February 5.