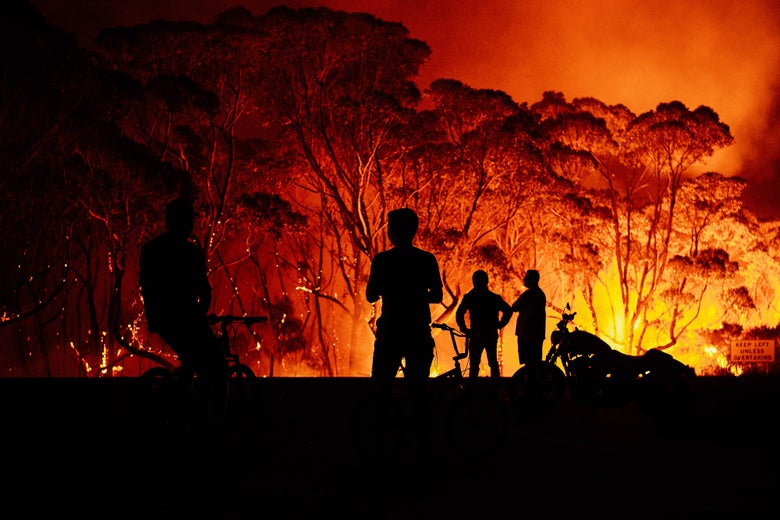 Two of the largest bush fires in Southeastern Australia joined together into one giant fire as big as 2,300 square miles. This fire is larger than any other fire in California by at least three times. The fire spread through Australia’s most populated areas like New South Wales and Victoria. The fire has scorched a whopping 1.5 million acres and killed at least 26 people. The fires have devastated animals and their habitats. More than one billion animals have died.

The fire has destroyed around 3,000 Australians’ homes and its not slowing down. Since the fire started in September, it has covered an area more vast then New Hampshire and Massachusetts combined. Protesters gathered in Sydney to denounce how the Australian government is handling the situation. Some 30,000 people attended the protest and directed their outrage toward Prime Minister Scott Morison who they claim has been ignoring the Australia’s drought and climate crisis. He has been taking a lot of flak from the media for taking a vacation to Hawaii. People are saying that he is not giving the crisis the attention that it needs. “I like Australia’s people and its sad that everything is burning,” says fellow journalist Matthew Maggard, 10. Sophomore Luke Tipton expresses concern for the animals who have suffered.  “Man it sucks that all the koalas are dying. They’re pretty cool.” Cole Ginter, 10, expresses the thoughts and feelings of many around the world as he says, “I hope they get the fire thing figured out.” Hopefully they do end up recovering from this terrible disaster.”