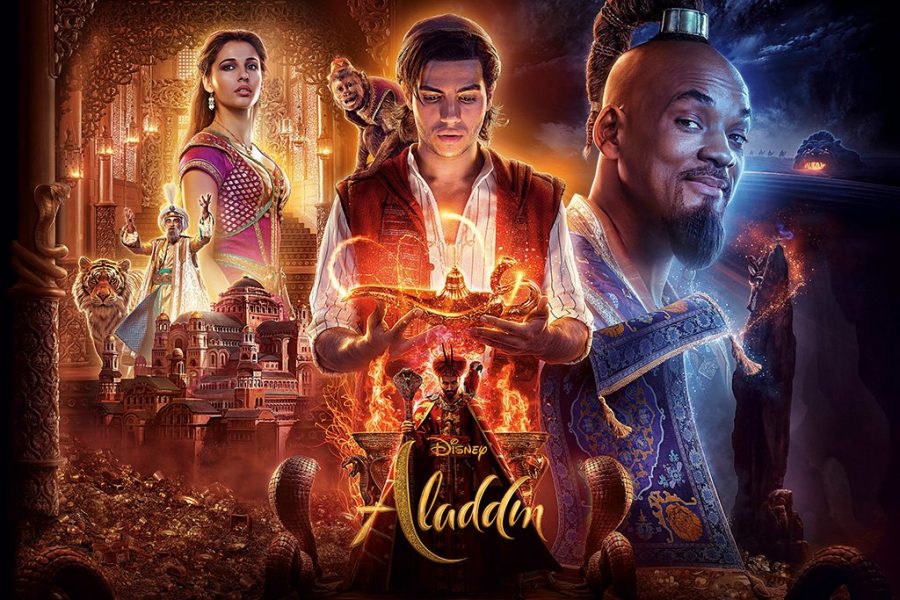 Growing up, almost everyone had there favorite Disney movie they could watch endlessly. On May 24, 2019, one very familiar animated Disney movie came to life. Aladdin is one of the most popular Disney movies to have ever been made and now, it has been remade with live actors playing the roles. The movie has been recommended by 94% of all of its veiwers, according to a Rotten Tomatoes poll. This two hour remake movie is the perfect PG movie to have young kids watch and older adults reminisce over.

The movie begins when Aladdin sees Princess Jasmine roaming the streets dressed as a peasant. From that moment on, he knows he wants to be with her. Aladdin stumbles upon a cave and gets trapped inside, where he finds a lamp which releases Genie from it. He is granted three wishes and has to choose well, so things do not get out of hand. If he makes a wrong wish, it can be the end of everything good in the world. A movie filled with passion, hope, desire, and ambition, the movie teaches lessons to the audience that can be used in life.

I would recommend this movie to young kids or to teens and adults who liked the animated movie Aladdin as a kid. The movie, even though very similar to the original, still had twists and turns that were unexpected and made the movie fresh. It is very uplifting and an overall fun movie to watch.