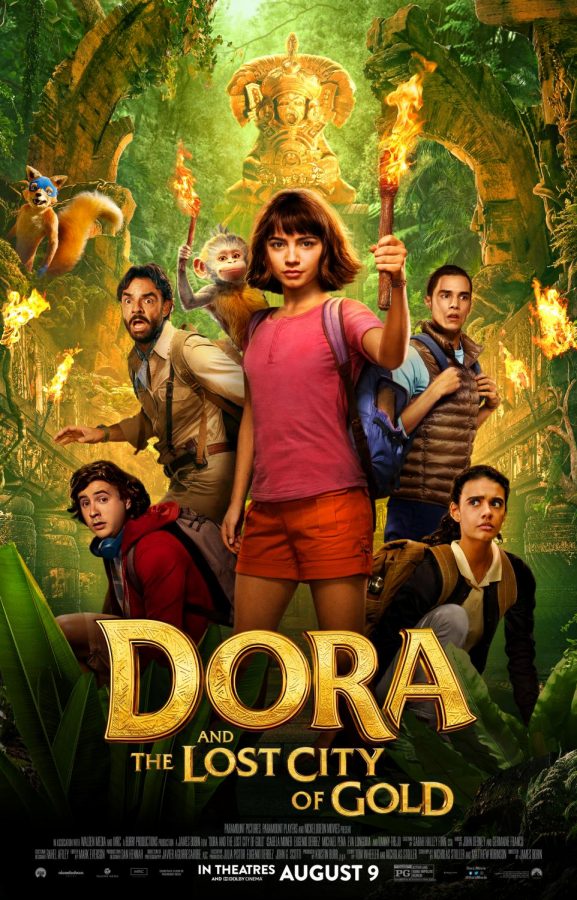 You might remember Dora as a cartoon character you watched on TV when you were younger. Well, there is now a movie about Dora, but, like you, she is older. Dora is now a teenager and still as curious as she was when she was younger. Dora is no longer animated in this live action movie. The film is rated G, and it is a perfect movie for kids and teens who remember this childhood television explorer.

The movie begins with a bit of Dora’s childhood in the jungle with her cousin Diego. Diego departs for the city, leaving Dora without a friend as she continues to grow up in the wild. Flash forward ten years later, and the movie picks up when Dora is 16. At this point, her character is very curious and always positive. She is not the only explorer in the family. The audience learns that her parents moved the family to the jungle in attempt to find a hidden city that many had believed to be a myth. After more than a decade spent mapping anything they could find on this city and where is might be, Dora’s parents finally decide to go out and look for this missing city that is supposed to be filled with gold. The problem is that Dora’s parents do not want her to go with them. They feel she needs more time before going out on such a dangerous mission. As a result, they send Dora to the city to stay with her cousin Diego. There, she is going to attend high school for the first time. She has never been around more than one person her age, so this is a big change. At school, other students make fun of her and taunt her for her academic skills, but Dora remains positive. Despite this, after half a year, she realizes that she is different from everyone else and wants to go home to see her parents. At this time, they have stopped responding to all of her messages. She becomes worried, but has to move on and proceeds to go on a field trip for school. What happens from there is something big.

I would recommend this movie for people with young kids or people who grew up watching Dora. Its is interesting to watch the non-animated version and see how the characters act in real life. My overall rating for this movie is a 7/10. At moments, it was very predictable. Older audience members can easily anticipate the “suspense” and “surprise” elements before they happen. Still, this is an entertaining movie and a fun experience.