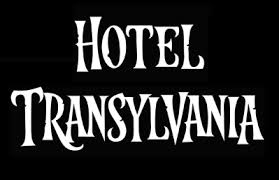 As we approach the third full week of the 2019-2020 school year, both under and upperclassmen alike are scrambling to involve themselves in more student-led activities. Maybe you’re more of an artistic person and sports really just aren’t your thing. Maybe you’ve been an athlete your entire life and you’re looking for a change of pace. Or, maybe you have no experience at all in school extra-curriculars and don’t know where to start. No matter the case, the Theatre Club is the perfect place for you.

At first, you may be a little hesitant. Many people believe the Theatre Club is only for those who don’t have the first hint of stage fright, but that couldn’t be further from the truth. Sure, there wouldn’t be any need for a Theatre Club without the help of those who have a passion for acting– but the show could not go on without a crew to back them up. From lighting to cosmetics, the helping hands backstage are just as vital to the production of a play as those who the spotlight shines brightly upon.

Last year was my first year at LCA. I knew barely anyone and had a difficult time trying to find my place because of how shy and timid I was at first. Talking to people I didn’t know anything more than a name about made me incredibly anxious. I was never a very athletic person growing up, so I knew joining a sports team to make friends was out of the question. When I heard LCA had a Theatre Club, I was immediately interested. However, like many others, I was hesitant to join due to my extreme stage fright. I could barely muster up the courage to ask a classmate to borrow a pencil, so how was I supposed to audition for a part in a play in front of strangers with no previous experience in acting?

I almost disregarded the thought of joining entirely– that is, until I met Davis McIntire, 12. Davis was mentioned in the school’s morning announcements as a main contact for questions regarding the Theatre Club, so I decided (with the motivation of a few adult mentors and all the courage I had in myself) to reach out to him for more information. Speaking solely from my heart, I can confidently say it was one of the best decisions I have ever made.

Davis is one of the funniest, most caring, and personable people I have met at LCA. He could tell I was somewhat nervous about joining last year, but he reassured me with comedic relief and a sense of understanding. It was evident from our first conversation that he had maintained a passion for the arts– especially theatre– his entire life. When asked, Davis said his love for the subject stems from the ability of “giving life to characters you read on a page.”

Unsurprisingly to myself and anyone who knows him personally, when asked his main goal of the Theatre Club, he said his main purpose was to give all glory to God.

“It sounds corny to say, but I truly believe that our main goal in Theatre Club, is to glorify God. To make His presence known through the talents and charisma of the people on stage. We also want to give a community and a place to shine to those who aren’t as gifted in music, since LCA’s Theatre Department is incorporated into the Choral Department.”

Because of our previously established friendship and his prevalent devotion, it only felt appropriate to reach out to him for a brief timeline and additional information about the Theatre Club. The following paragraphs are a summary of the information I asked Davis to send via text message.

Our school’s Theatre Club was founded and led by an LCA alum named Sarah Grace Johnson (’18) approximately three years ago. After she graduated the following year, no one else had decided to fill the role that once belonged to her. This is where two students by the name of Davis McIntire and Maggie Epling, 12, decided it would be their honor to take on this club and turn it into something Sarah would be proud of.

Davis and Maggie put their heads together to write a script, hold auditions to find students as passionate about the production/performance as they were, and make any props/costumes needed for their dream to come to life. Once the cast were assigned roles and backstage helpers had found their own calling, everything began to fall into place. Practices were held every Tuesday and Thursday, rain or shine, and everyone was expected to be there. Although it may sound like a chore, it was anything but that to the contributing members. The caring nature of Davis, Maggie, and fellow participants in the play without a doubt contributed to our two-hour practices seeming to last less than fifteen minutes each time.

“When you’re with people as often as we are,” McIntire began, “…it’s not hard to bond and become a family, which is exactly what we did. Theatre Club is like a family to me, all of the actors being like my kids. I’m always so proud of them. Maggie and I love to watch them grow and become better on stage.”

Although I did not personally reach out to Maggie Epling for any comments, I did make sure to ask Davis about his fellow co-leader. When asked about Maggie’s role in the Theatre Club, Davis said the following.

“Maggie is a lot more organized than me, so we joined my ideas and her responsibility to form the dream team.”

To say they “[formed] the dream team” is beyond an understatement for what these two juniors managed to accomplish with little help from LCA staff and all reliance on their fellow peers.

In a matter of only a few weeks, the two strong-willed leaders and a group of about 10 to 11 diligent students came together to show staff and schoolmates alike how all you need to succeed is determination and assistance. Thus, the premiere of LCA’s adaptation of Radium Girls was performed on November 8, 2018 to an audience of both proud family members and students alike.

Although the club is student-led, Davis wanted to make sure to thank Dr. Fults as the Theatre Club’s teacher sponsor and Mr. Davis for assisting their lighting and sound in last year’s production.

This year’s play will be Hotel Transylvania, adapted from the animated movie with the help of Maggie Epling. Although auditions have been conducted and roles have been assigned, Davis wanted to stress both on his and Maggie’s part that they can use all the help they can get off-stage as well. This includes stage hands, sound booth workers, cosmetics and costumes, or even someone to hand out programs at the final production. The backstage workers from last year have graduated, so Davis and Maggie are desperately looking for a new crew! All assistance qualifies as both Beta Club and NHS hours.

The three showtimes for the LCA Theatre Club’s adaptation of Hotel Transylvania will be held on the following dates:

For additional information on being involved in the Theatre Club for the 2019-2020 school year, please feel free to contact Davis McIntire and/or Maggie Epling.