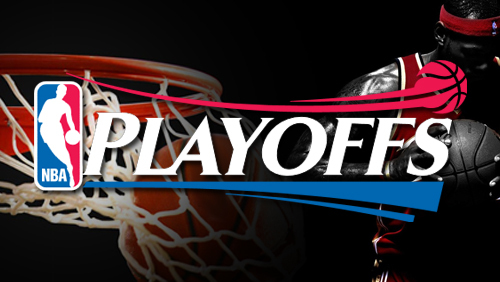 This weekend brought the game that many NBA fans have been waiting for all year. It was the day of two game sevens deciding who gets to play for a finals appearance this year. The first of the two games was the Portland Trail Blazers vs the Denver Nuggets. Both teams have had success in the playoffs in years past. The Trail Blazers have always made the playoffs, but they have struggled to capitalize against the lesser teams in the past years, losing in the first round the past two years. This year has been a different story. Both of their stars have been strong all year and strong in the playoffs. Damian Lillard has been playing like the best point guard in the league, and CJ McCollum has been playing like a top 3 shooting guard in these playoffs. The Nuggets have really broke out this year behind the stellar play of Nikola Jokic and Jamal Murray. Jamal Murray has been playing great in these playoffs and has been a key piece for the Nuggets all year. Jokic is an MVP candidate and he has been really showing why in the playoffs this year. Both teams have made a strong case for being a top two team in the west, and tonight was the night that decided it. The game started with the Nuggets coming on strong to build an early lead. They were up by as much as 16 in the first half, but that lead started to dwindle at the end of the half. The Blazers finally took the lead around the end of the third quarter. It was a close game all of the fourth quarter. It was 96-95 with about 40 seconds left, and then CJ McCollum hit a two point jumper to give them a three point lead with about 20 seconds left. It came down to free throws and CJ McCollum sealed the deal at the line, giving the Blazers the win 100-96. CJ McCollum had 39 points, and Damian Lillard had an off night with only 13, but he added ten rebounds and eight assists to his otherwise mediocre statline. Senior Matthew Johnson had this to say about the game, “The Nuggets were probably the better team, but CJ McCollum just would not be denied tonight.” Senior at LCA Jackson Lalonde said this about CJ McCollum, “He’s a stone-cold killer and he showed it tonight.” LCA senior and Heat fan JT Sparks had a comment on how Damian Lillard played, “Lillard struggled tonight, but it shows how good the Blazers are because they still won the game.” The Blazers finally broke through this year, and they are rewarded with a conference finals appearance against the stacked Golden State Warriors.

Raptors Victory Comes Down to the Wire

There was not only one, but two game 7s today in the NBA Playoffs. This was an NBA fan’s dream. The Philadelphia 76ers and the Toronto Raptors played in a game 7 today to earn a chance to the Eastern Conference Finals. Both teams have had their ups and downs all year, but it came down to today to see who was the better team. The Raptors have been strong these playoffs behind the stellar play of Kawhi Leonard, and the solid play of Kyle Lowry and Pascal Siakam. Kawhi Leonard has been beyond good in these playoffs, and he was the reason the Raptors were in this game today. The 76ers have a loaded starting lineup as they start four proven NBA All Stars and one of the best shooters in the league. Joel Embiid has been the MVP for them this year, but he has been helped quite a bit by Jimmy Butler, Ben Simmons, Tobias Harris, JJ Redick, and other bench players. The one problem with this team is that they are a little young and inconsistent. The game was pretty much even the whole way. There was not a time in this game where it seemed like one team had a clear advantage. It came down to the game as the game was tied at 90-90 with about 40 seconds left. The Raptors stopped the Sixers from scoring and got the ball back with about 5 seconds left. They called a timeout and set up a play. They inbounded the ball to a running Kawhi Leonard and he dribble around both Ben Simmons and Joel Embiid to the right corner. He took a long fadeaway jumper over the outstretched hand of Joel Embiid and fell to the ground after. The ball hit the front of the rim twice, and then hit the back of the rim twice, and then fell through as the buzzer sounded, giving the Raptors the win 92-90. LCA Senior Drew Haas had praising words for Kawhi Leonard, “He is an animal. Nobody can stop him.” He is right as Kawhi Leonard had 41 points this game and no one could stay in front of him all game. LCA Senior and Belmont commit Kyle Rode said this about the Raptors, “They are the better team and they deserved to win this game.” LCA Senior Jackson Lalonde had more praising words for Kawhi Leonard, “He’s unreal and him vs Giannis in the conference finals is gonna be a matchup for the ages.” Giannis and Kawhi will face off in the Eastern Conference Finals, and the Raptors will look to finally get over the hump and make the NBA Finals.